Digital Platforms and COVID-19: The Challenge of Exponential Growth 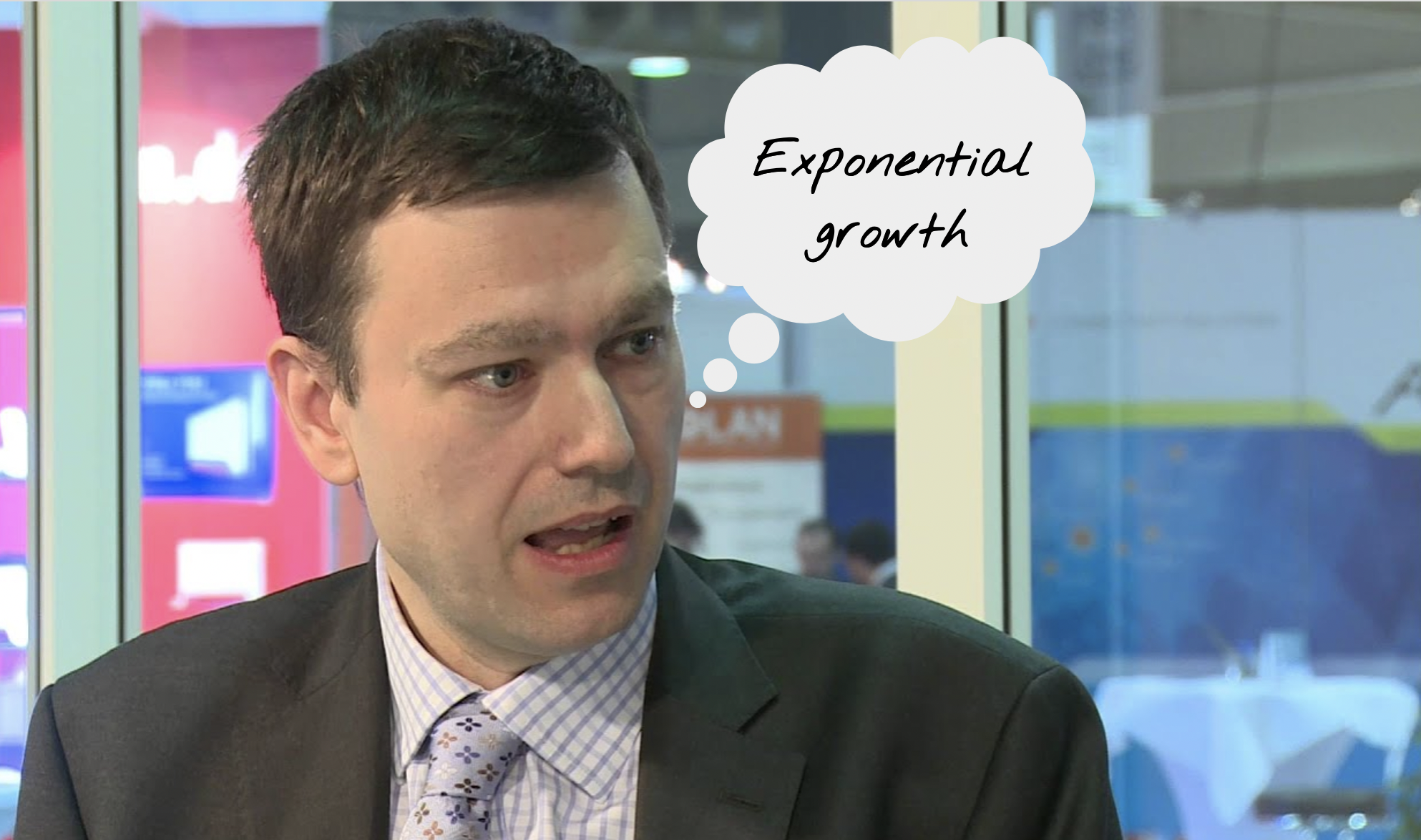 Digital platforms such as Facebook and some infections such as COVID-19 spread relatively easily in human populations, leading to exponential growth. The former was initially met with strong excitement, the latter with deep fear. Either way, our largely ‘linear’ societies and economies tend to get disrupted by exponential growth, which will remain one of the key drivers of change. We need to be smarter about it, and have clearer objectives as a society going forward.

Why are digital platforms and COVID-19 so powerful?

Technological progress has brought prosperity, but also wars, environmental damage, lifestyle diseases and easier spread of epidemics. We often searched for solutions step by step. This was until the internet and COVID-19 emerged, both quite innocent at the first glance. An app in a mobile phone seemed less powerful than a nuclear power station, a jet plane or a global bank. COVID-19 does not harm children, healthy adults die from it only exceptionally, and the human immune system most often panics from it to a lesser degree than politicians. This is why its spread may have gone unnoticed for weeks. So how is it possible that digital technologies gave a rise to the world’s largest corporates and COVID-19 is now collapsing some healthcare systems and the world economy?

We should explore exponential growth when looking for the answers. Let me give an example. Suppose you founded a restaurant. People will like it and recommend it to their friends. This will lead to growth in your business. However, it will be constrained by the size of the local community and capacity of the restaurant itself. Subsequently, you start adding new outlets, one by one. This extends your growth, but only in a so-called linear way. The internet and wireless networks have created an opportunity to grow businesses differently. Each user of a digital platform, for example Facebook, can bring their contacts, and those contacts bring their contacts and so on. The platform will grow exponentially. As a result, the most successful platforms may dominate certain market segments, such a social networking, on-line retail, music or home movies.

COVID-19 spreads in exactly the same exponential way. It is highly contagious, and hence each infected person may infect several others as part of their normal social interactions. Hospital capacity cannot be increased in an exponential way. This causes serious issues, as we could see for example in China, and later in Italy and Spain, despite the fact that in most cases the disease is actually mild.

Adverse impact on freedom is not obvious from the onset

Let’s talk about freedom. Only during WW2, 2.6% of the word population lost their life fighting for liberty. Digital platforms also helped to expand human freedoms, at least initially, by allowing people to connect, access and share information. However, this is just one part of their story. We are becoming increasingly dependent on a small number of platforms and data, which we entrust to them. We have already seen leaks and abuse of data, as well as intentional spread of lies (fake news) on the platforms, for financial and political gains. The internet overloads individuals with information. As a result, access to information is increasingly dependent on the algorithms of the key platforms.

The platforms also have an impact on economic freedoms. It is true that they create significant new markets and gig economies (e.g. the Uber drivers), but such markets are governed by the terms of the platforms, which are based on their own commercial interests. Uber may for example eventually replace its drivers by automated cars. Its market power could meanwhile affect the ability of the local markets for drivers and beyond to adapt naturally. In general, some platforms have the ability to distort a variety of local markets while effectively creating a two tier economy, in which the platforms enjoy a privileged position. This may, in some cases, and in combination with the mentioned data-related risks, impact economic freedoms.

With some degree of simplification, we can say that before COVID-19 started killing, it may have helped some people to boost their immunity with relatively small inconvenience and impact on their freedom. Later on, it unfortunately started drastically impacting the life of the severely sick people. Our subsequent measures to curb its spread have curtailed the freedoms of everyone else.

It is not easy to counter exponential growth; we need to choose our battles carefully

The global nature of digital platforms makes it hard for national governments to regulate them, particularly if this would mean constraining popular digital services based on future risks, which the public may not fully understand. Furthermore, such measures may be seen by the public as aimed at constraining freedoms rather than defending them.

Similarly, COVID-19 poses a hard dilemma for national policymakers: they may try to stop the possibly unstoppable spread of the virus at the expense of freedom and huge economic sacrifices, or they can accept the fact that the infection will spread widely, cost lives and possibly also cause some secondary permanent damage to the survivors.

Some digital platforms have already spread among general populations. We can expect spreading of new digital services in the future, but similarly also the spread of some infections. Not all of these trends are purely negative. Digital platforms will of course continue to bring huge benefits to the public. Meanwhile, however odd it may sound, some mild wide-spread infections (not necessarily COVID-19) may bring  a benefit of immunity boosting to the population, even if this is barely noticed. Some experts even claim that the current spread of allergies may be linked to a lack of natural infecious challenges, particularly for the young population, in our excessively sterile environment. Things are further complicated by the facts that the public often tends to over- or under- estimate various threats, emotions play a significant role, and in many cases the public prefers decisions that focus primarily on short-term effects.

Our society is in principle not exponential, but rather linear, whether we talk about our abilities, needs or resources. This includes hospital capacity. In order to achieve sustainability we may need to occasionally intervene to tame exponential growth, as we are currently doing with COVID-19. To succeed, we however need a strategic approach based on the latest available data, models, and visions. We also need to admit that our ability to intervene and alter natural processes and trends has its limitations. This forces us to think hard about where and when such interventions make sense. This includes questions such as (1) when do we try to completely suspend exponential growth? (2) when do we want to just limit it and by how much? and (3) when is it better for us to focus on dealing with its consequences?

We have now deployed quite harsh measures in our fight to constrain the exponential spread of COVID-19. Social distancing, mandatory quarantines or even the covering of our faces in public may be sensible in a certain stage of the viral epidemic. However, such restrictive measures not only drastically curtail our freedoms and economies, but they may also reduce our own immunity against infections, especially if they reduce our access to fresh air, our ability to physically exercise, exposure to sunshine and our children’s ability to overcome infections in a natural way. Meanwhile, these measures may increase our exposure to an unhealthy indoor environment, non-sterile facemasks and possibly psychological trauma.

Such restrictive measures also force on us even higher dependency on the digital platforms. While the internet companies are likely to use this opportunity to boost their public image, it is unclear how this will impact individual liberties and the free market economy. We can also ask questions about the protection of sensitive COVID-19 related personal data, especially if such data may be seen as helpful in reducing the spread of the infection. Moreover, governments are likely to take even more debt, redistribute wealth based on people’s needs as opposed their economic contribution, and in later stages possibly even increase taxation. The final nail in the coffin of freedom may come from the example of the ‘successes’ of extremely authoritarian measures deployed in China in the fight with COVID-19.

Apart from the ongoing improvement of our knowledge on COVID-19 and potential development of treatments or a vaccines, the final outcome will depend on the attitude of different societies to freedom and prosperity. Even the most liberal countries such as the US may restrain freedoms in exceptional circumstances. However, the longer such measures last, the clearer their purpose must be. Such a purpose needs to be based on realistic expectations around the spread of the infection, clear targets of what do we want to achieve, what are we willing to sacrifice, and a plan B in case if we fail.

In regard to digital platforms, it would be helpful for the governments to reiterate their strong commitment to free market economies rather than using this opportunity to adopt more authoritarian approaches. Due to its tendency to lead to disruption and market power centralisation, as a matter of principle it is hard to see exponential growth at the centre of building free economies. While, similarly to COVID-19, it would be unhelpful and even  impossible to aim at completely eliminating exponential growth from business, national governments should have clear strategies about when and how to deal with it, especially when it starts predictably adversely impacting free market competition.

Artificial Intelligence is a far greater threat, but also an opportunity if we get it right

Could the exponential growth of COVID-19 and digital platforms destroy our society? Anything near destruction is highly unlikely, although these are serious challenges. Our health and lifespan will remain dependent primarily on the strength of our own immunity. The future of our society will depend on our collective ability to create a fair competitive environment, and on our individual abilities to perform well in it. In both cases we need to live in a healthy environment, both naturally and economically, and continuously boost our personal strengths by naturally overcoming physical and economic hurdles. Hopefully, we will overcome the COVID-19 crisis soon, although it will mean some hard choices and sacrifices, irrespective of what we do.

We should also aim at some degree of de-centralization of the data and digital service markets to allow a new (I call it DIGITECCS, DIGItal TEChnology, Connectivity and Service) economy to flourish and support wide spread innovation, mass employment and growth in small and medium size enterprises in different industries.

To enable such an economy we may need to revisit our approach to regulations. In particular, we may re-think regulations, which may be seen as giving the exponential business models ‘unfair’ advantages. One example is net neutrality, objectives of which may be achieved in better ways. We may also look for different ways to align the exponentially-driven global platform businesses with more linearly-driven local communications service businesses.

Let’s try to keep some distance and long-term perspective at this difficult time, and learn again to respect the nature and fundamental values such as liberty, for which so many of our ancestors have lost their lives.